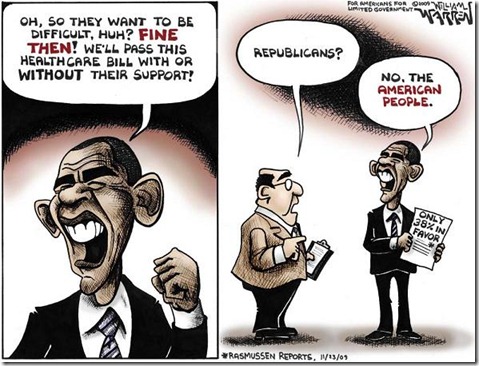 Trojan Horses are not only inserted into bills as they’re developed, the “horses” are very often developed later as a result of those bills too.

Now my very encapsulated history lesson for you today 😦

Major advancements were made in medicine in the world in 19th and 20th centuries, most of which we all know about, but prior to these advancements, doctors, in particular, surgeons  were  typically barbers (hence the red and white striped barber poles – representing bloody bandages.  The Catholic Church saw surgery as a sin against the sanctity of God’s creation), herbalists and alchemists.  Cocaine and opium were not only legal, they were common household remedies.

As the practice of medicine changed and improved, doctors were no longer expected to provide their skills as a public service and began charging patients.  The change was not a particularly welcome change among the less fortunate; we had begun our trek towards health care for those who could buy it.

Most don’t know it, but health care reform was born as early as 1910 as the labor unions and progressives became keenly aware of the pending social imbalance, but even then, special interest groups especially the blossoming of a very prestigious group – doctors with their newly formed AMA were of course deeply opposed to any reforms.  Those special interests and WWI derailed all reformation attempts.

The Great Depression resulted in the passage of the Social Security Act and yet, health care insurance was but a ramrod idea taken on by Blue Cross in a few states, for those who could afford it.

WWII began and in order to entice those left at home to join the workforce in the massive U.S. war industry, employers began offering employees health care benefits.  After the war President Truman proposed a national health program. Guess who came to the party with a bad attitude – the AMA.  Some in the House of Representatives even called the concept a Communist plot.

15 short years later, in the early 1960s, there were in excess of 700 insurance companies selling health insurance policies, doctors had long become the new class of wealthy, hospital costs doubled and doctors were becoming high-cost specialists.  The health care industry was becoming an out-of-control concept as the industry sold themselves to those who could afford the coverage/care.

Suddenly, we became a nation of very sick people and using the new, massive and very powerful industry to make ourselves well was, well a must.

As with any resource, the growing consumption creates a need for better products and higher volume.  Advances in pharmaceuticals, technology (pharmaceutical and high-tech companies even began advertising campaigns directly to consumers), education and the smell of vast profits was sweet-smelling chum in the water and demand drove the industry into a feeding frenzy through the 1970s and 80s.

In an effort to control rising costs, payments to hospitals are changed by Medicare to “Diagnostic Regulatory Groups” (DRGs) wherein hospitals are paid by diagnoses rather than an all-out free-for-all treatment and private insurance industries follow suit.  Capitation of payments are created to control the high expenses of doctor visit.

To combat these infringements upon their fair share of profits, hospitals began to incorporate into huge health care conglomerates and in a conflict of interest that would be obvious to most over the age of 3 years old, insurance companies, doctors and hospitals began partnering, creating a hybrid industry of doctor and insurance-owned hospitals and health care became a frightening dragon on the horizon, but the feds all but ignored them, until that is, they begin committing Medicare fraud faster than Leisure Suit Larry could pick up chicks at the discos.

Enter the feds “to our aid.”

Regulatory agencies have a major propensity to increase costs, precisely due to what RW005s post illuminates – Trojan Horses, or regulatory capture. The Wiki article very effectively provides a bit of insight into the impacts of these “regulatory agencies” and suddenly, health care is now, arguably, the most regulated industry in the nation.  The only industry that can boast similar regulatory efforts is the financial industry and we’ve recently witnessed the effectiveness (or truly the lack thereof) and the impact those  “regulations” have had on our lives.

Just as with international policy and affairs, domestic policies often create blowback and we’re witnessing major domestic blowback in the form of health care and now government is trying to appease the goliath insurance and health care industries while presenting the consumers with smoke and mirrors.  Again!

A major contributor to health care costs are the COLASSAL bureaucracies created within and for the government.  Our political officers have learned all too well how to generate fiefdoms from our needs related to health care.

There are literally scores if not hundreds of agencies, most of which either compete with one another, or carry out their frequently overlapping agendas, at a very hefty price to you and me.

AND these agencies don’t begin to scratch the surface in comparison to the cost of; “support” industries generated to “aid” the host industry (in this case, health care) with compliance.  Plus, the vast requirements of manpower within the industry simply to manage the mandates of regulatory agencies is incomprehensible to many.

Although not directly employed by the feds, The Joint Commission (TJC) (formerly “Joint Commission on Accreditation of Health Care Organizations, or JCAHO) supplements the fed’s ability to regulate the industry and, in theory, is a voluntary membership for hospitals designed to monitor and improve care within hospitals (however, I can attest to the fact that patient care has NOT improved since the creation of TJC).  There are multiple “voluntary” organizations related to health care organizations including NCQA, ACHC, etc.…. and it can vary from state to state.  Membership is voluntary, however, any hospital that does not pay the required membership fees will not receive payments from Medicare or Medicaid, a vital source of revenue for all hospitals.  The average cost to a hospital for a TJC “survey” is $43,000.00, fees are based upon the size of the hospital.  Surveys are now conducted in cycles ranging from 18 to 39 months, 18 being the least amount of time between surveys, 39 the most.

In 2008 the Joint Commission collected $165 million in revenue, mainly from the fees it charges U.S. health care organizations for evaluating their compliance with federal regulations. Its expenses during this period were $162 million. TJC lost $27 million.  And who pays for those losses?

The list of regulatory agencies and acts in health care is very long and tedious (FDA, TJC, AHRQ, CMS, CDC, HIPAA, OSHA, EPA, HRSA,…….) and impacts literally every function of a hospital’s activity, form purchasing supplies to mopping the floors, yet; has our health care truly improved in the decades following the healthcare upheaval begun in the 1980s?   I can assure you, regardless of what the industry leaders and our corporate-biased government tells us, it has not.  Just take a look at some comparative health care information.

Due to CMS and Medicare HCPCS, I’ve seen staffing in hospital billing offices swell to biblical proportions just to capture all charges possible from Medicare and even private insurance companies.

IT departments in hospitals are growing at twice the rate of health care providers such as nurses, med techs, etc. just to keep up with the IT requirements of government.

Administrative departments have grown in the number of executives and their support personnel.

The ONLY areas of health care I haven’t seen grow are the front line caregivers – nurses, medical techs, etc.   In fact, those areas are under incredible strain as a result of very high stress levels of caring for patients under new regulations that place bureaucratic functions on the shoulders of those caregivers, taking their attention and time away from caring for patients.

Medical errors, especially medication administration errors, as a result of nursing staff’s inability to manage patients and the absurd mountains of paperwork required by all this ‘government coming to the aid of Joe the Public” are reaching epidemic proportions.  Front line caregivers are no longer there to care.

And now you know why your care is substandard and even deadly in hospitals.  It is not the fault of the caregivers, they are simply too overwhelmed with the real functions of hospitals – conducting business to care.

As of 2007, the U.S. spent 16% of its GDP on health care, yet we stand alone in the world in being the only developed nation not providing UNIVERSAL HEALTH CARE (this is vastly different than, to coin the phrase “Obamacare,” wherein the political machine merely constructed the usual smoke and mirrors to keep the public placated).

In 2007, 15.3% of the nation had no health care benefits at all, that was 45.7 million people.  These are GOVERNMENT statistics!  Believe them if you wish, but like unemployment figures, there’s more than what they like us to see and I suspect the numbers were much worse than those published.

And these figures are from 2007, PRIOR TO THE ECONOMIC MELTDOWN!

Is the U.S. truly looking for healthcare for all?  Or is it TROJAN HORSE BUSINESS AS USUAL?